Following previous steps, PRFs have been calculated and save to SAC files in a folder named as the station name.

For example, PRFs were saved in folder net.sta. the file name of the PRF must be in %Y.%j.%H.%M.%S_P_[RT].sac. Now input following command to open the UI to browse the PRFs and reject poor PRFs.

The window will open as following image. Each page will display 20 PRFs. You can press z and c hotkey or click previous and next button for turning pages. 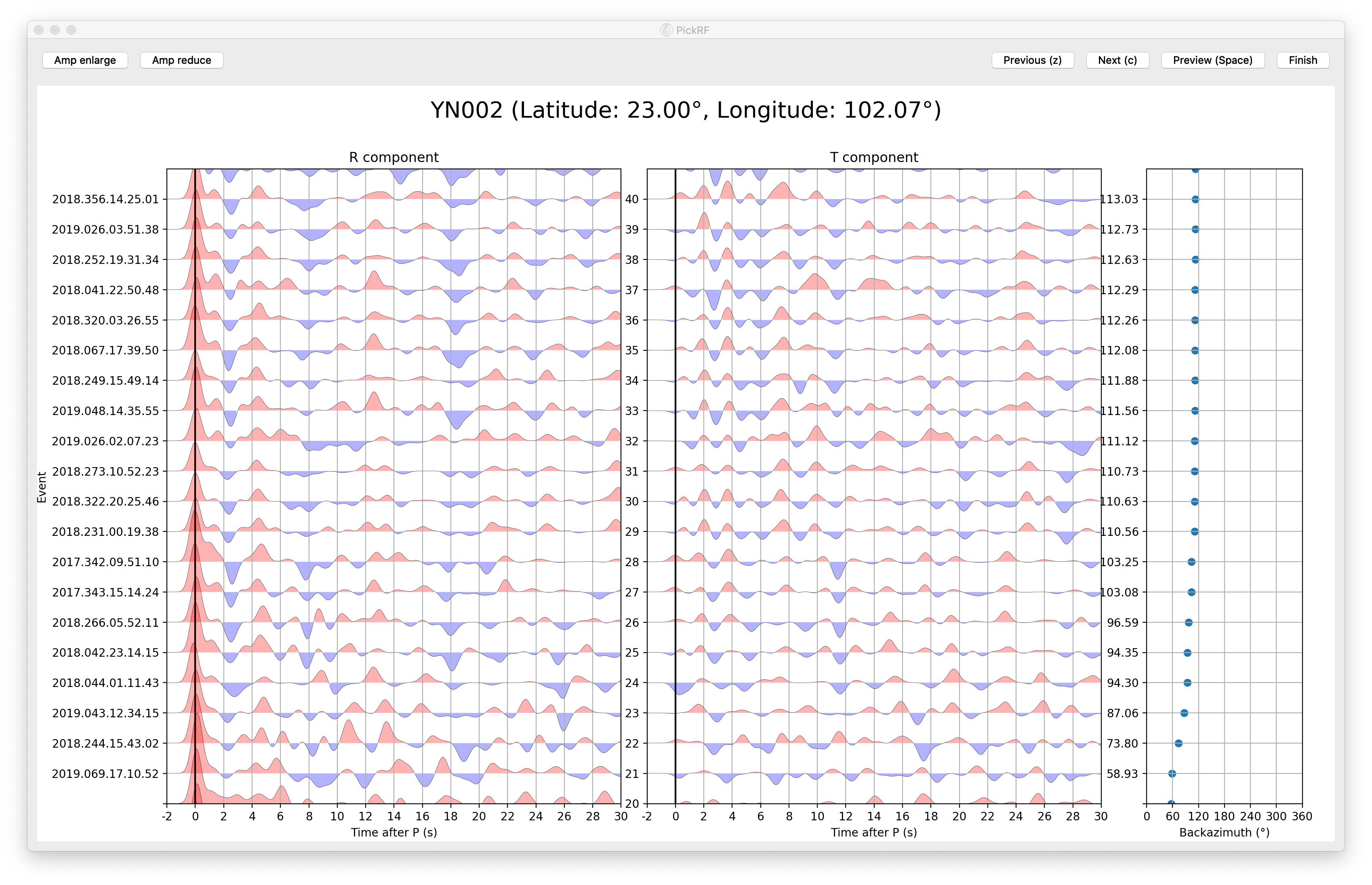 Directly click PRFs on the interface to set up them to ‘poor’ PRFs. The PRFs will turn gray when you click a PRF. If you click again, it will restored to a ‘good’ PRF.

When you have selected all PRFs, please click finish button to delete all ‘poor’ PRFs. Then a list file named as net.stafinallist.dat will be generated automatically in the folder, which include following columns

This list file is very important for derived method such as H-k stacking and CCP stacking.

enlarge and reduce visual amplitudes of the waveforms#

Buttons of Amp enlarge and Amp reduce are available to control the visual amplitudes.

the space hotkey and preview button provide a function to plot all ‘good’ PRFs. Use ctrl+s on Linux/Windows and cmd+s on MacOS to save this figure as a PDF file.

As a final-list saved into RF output path, events information of RFs can be invoked for re-calculation if we need to change some parameters, such as gauss factor, bandwidth of filter or deconvolution method. After version 1.2.14, the prf command introduce a new option of -f for re-calculation using events in the final-list.