Calculate PRFs of the station CB.NJ2#

Here, we provide an example for calculating PRFs of CB.NJ2, which is a permanent station at Nanjing China mainland.

unzip the file to any directory.

the package include the seismic records of the station CB.NJ2 and configure files for RF calculation and H-k stacking.

The seismic records of CB.NJ2 were cut out from origin time of seismic events to 1000 s after the origin time, which contained the direct P wave and its conversion phases.

The PRFs had been saved to ./RFresult/CB.NJ2, and the CB.NJ2finallist.dat had been created via the visual checking. The Moho depth can be estimated using the the H-k stacking method.

Seispy has provided a command hk to do this process.

Prepare a configure file for hk#

Here we provide an hk.cfg in this example. See Templates of configurations in detail.

The figure would be generated to hkpath, which shows the stacking energy of difference phases and the final result of the estimation. 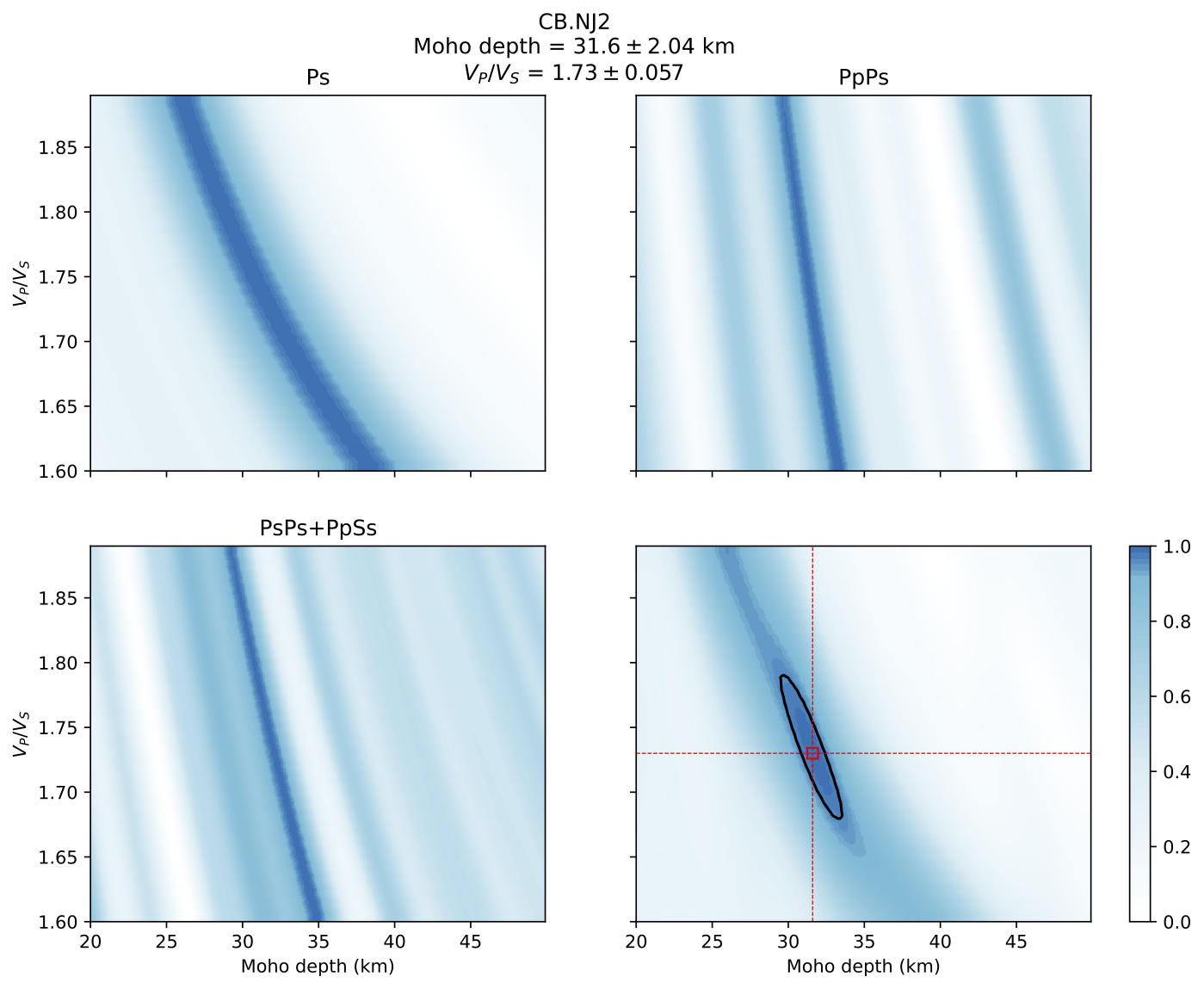 The result of the Moho depth and Vp/Vs were saved into the path of hklst (defaults to hk.dat).